It is 2022. Every trail of consequence in the Canadian Rockies has been shot through with YouTube videos and dissected by bloggers, and every park has detailed descriptions online. A book becomes dated with every spring flood and summer fire, while the forums and the Facebooks carry updates in close to real time. Do you still need to spend $29.95 on a trail guide?

When hiking a maintained trail, even a long and difficult one, the answer has to be no. You can learn everything you need for free, provided you can endure clickbait, trash, and crass self-promotion in some stranger’s report. It’ll even be more detailed. There is no park-spanning guide that could surpass anything focused on a single trail, not without being 50,000 pages long.

Yet, should you hike the Canadian Rockies, absolutely get the Canadian Rockies Trail Guide, the long-awaited tenth edition of which has been released in May 2022. Because there are things only trail guides do. The limitations of two covers, finite pages, and infrequent updates allow the creation of a resource which other media theoretically could match but never, ever do.

They capture information concisely and clearly in one place. They let you find the trail you’ll want to hike next summer as well as plan the one you’ve already decided on. They show routes and possibilities videos only gesture at. They let you scheme, and dream. In this edition Brian Patton and Bart Robinson not only provide some much-needed updates but, with a handsome new layout and full colour on every page, given us more room than ever to fantasize about hiking and then make those fantasies real.

END_OF_DOCUMENT_TOKEN_TO_BE_REPLACED 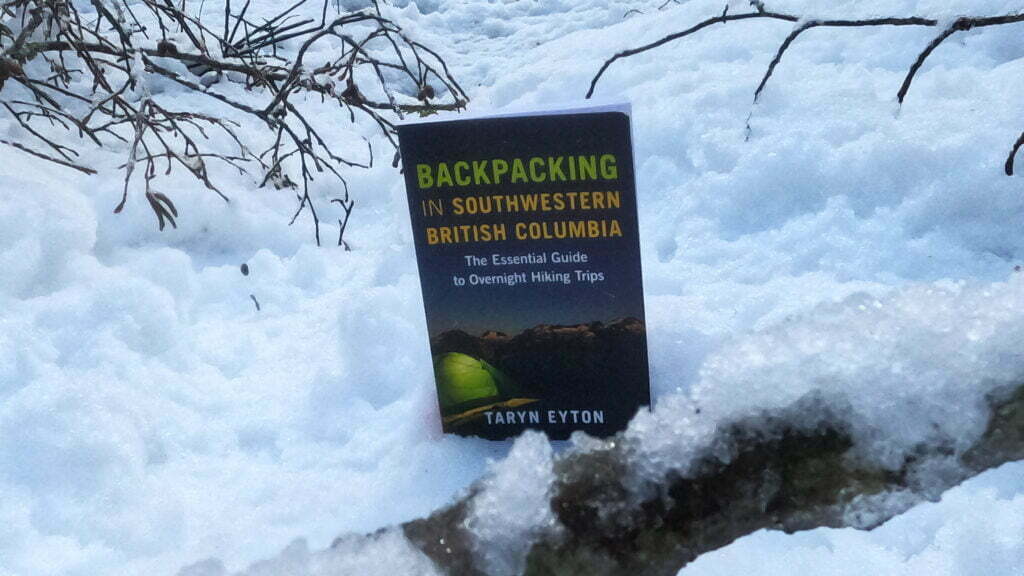 If you hike the Lower Mainland and use the Internet you’ve seen the name Taryn Eyton, whose Happiest Outdoors blog is very prominent indeed. Far from the selfie-seeking Instagram influencer trying to get photos on Panorama Ridge and sell t-shirts; Eaton has done the trails, including the unglamorous ones, knows her stuff, and shares her knowledge with the hiking community even outside her website. I also infer from some photos that she owns the same previous-generation MEC TGV 2 four-season tent I do, which speaks well of her taste.

The compliments go up top to soften the blow when I say that I’ve never liked that site: it’s too click-baity, too “top 30” this and “big deals on” that, every keyword carefully inserted where Google will find them. The ratio of useful content to search-engine-optimization is way off.

But she’s got a book out, Backpacking in Southwestern British Columbia, which targets an underserved niche. There are between five and seven million books on hiking in the Lower Mainland, each describing a hundred and some-odd hikes that you absolutely have to do if you’re a walk-to-the-top-of-the-mountain-at-a-35-degree-angle type. There are books aimed at tourists and well-meaning grandmothers, researched mostly from Wikipedia, saying that when in Vancouver you should really try that Grouse Grind thing. There were, however, no good informed summaries on backpacking in the area and, since researching such backpacks means a quagmire of provincial park websites, forest recreation sites, and old Facebook posts, an expert guide would be invaluable.

Eyton is an expert, she’s done ’em all. But a guidebook and a 24-best-Black-Friday-deals blog are two very different things. I bought the book without high hopes: could she really take that expertise and translate it to a more concise, lower-frills context, and make it a success?

Imagine my surprise and delight when the answer was yes.