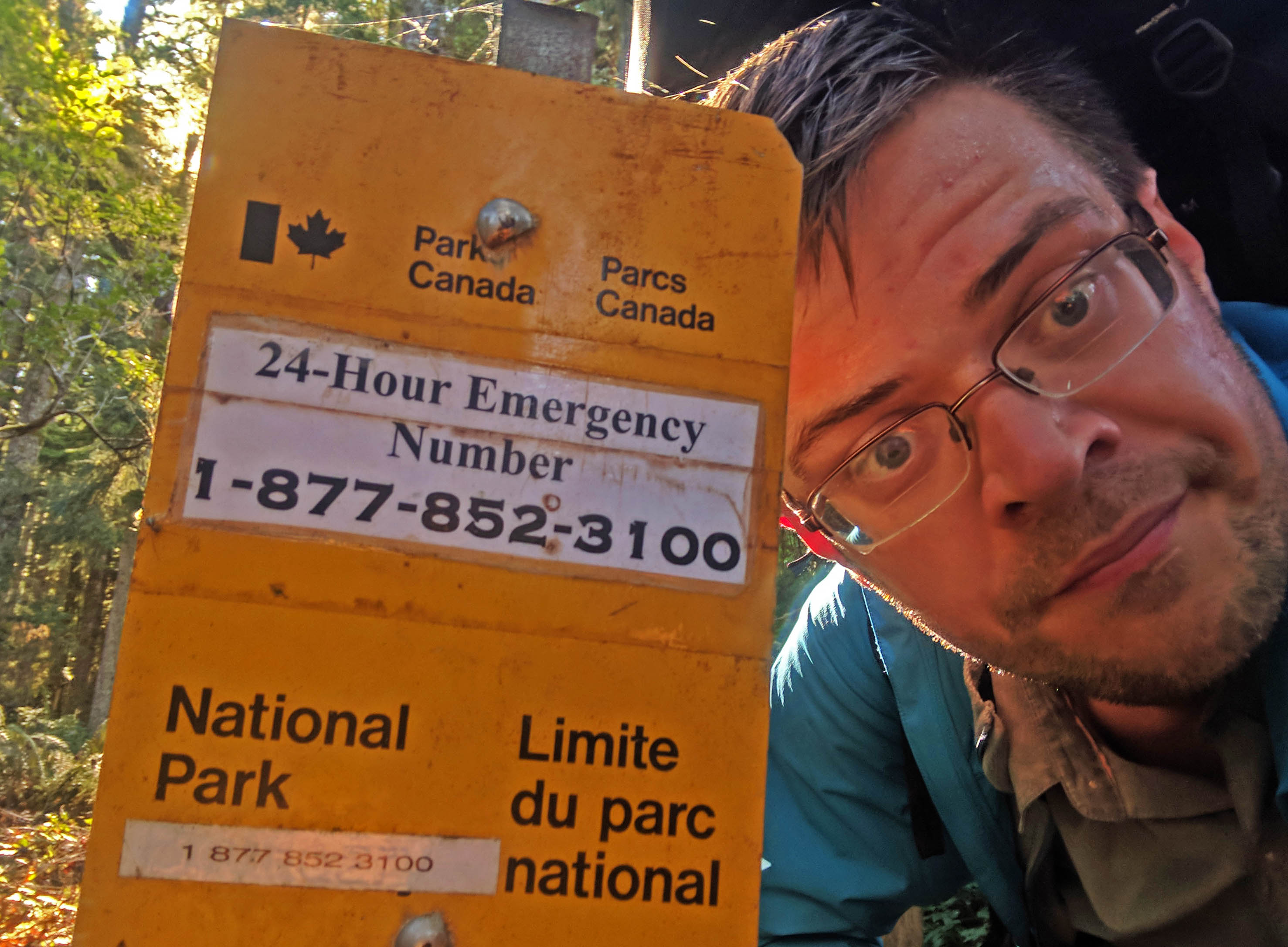 A fat man who goes for moderate walks. Camping without a chair is just living in the dirt. Also published in Plastic Pitch and Inside Soccer magazines and on The Score, SB Nation, and his own Canadian soccer site Maple Leaf Forever! 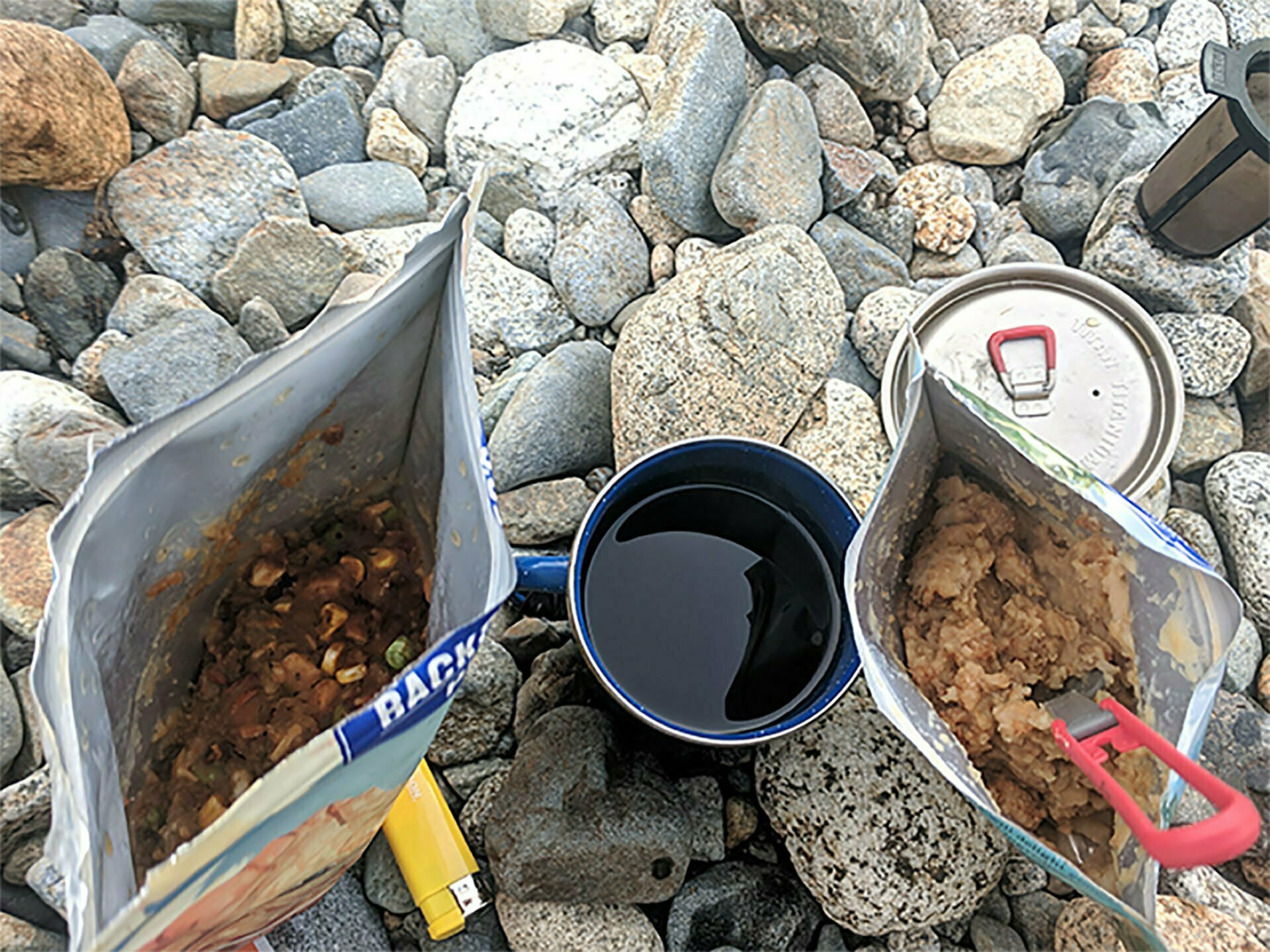 I like hiking, but if there’s one thing I like even more, it’s eating. Perhaps the reason I enjoy overnight backpacking trips so much is that I can combine both these interests.

Of course when you’re car camping or carrying food for a night or two you can eat like you would at home. Spark up your two-burner Coleman stove and fry that bacon and eggs. On the West Coast Trail I met some people who’d brought in steaks… for one night, anyway. Carrying and cooling that stuff gets impossible past, so if you’re backpacking, and your budget runs to CDN$13 or so per dinner, dehydrated meals are pretty universally considered the way to go. Their shelf life is years, meaning your extra food will be perfectly good next time you go out. There’s a certain sameiness of taste, given which ingredients are good dehydrated and which aren’t, but within those limits you can find food to suit any palate.

The world of backcountry cuisine is full of misinformation. Meals say “2 servings,” or even “2.5 servings,” on the package, and if you’re eating them while sedentary, rising only occasionally to tend the fire, that may be true, but on the move carrying a big ol’ backpack it ain’t. (Admittedly I am rather fat.) Then there are the “cookless” types, who try to tell you that eating pouches of peanut butter, nuts, and ghee for two weeks makes not carrying a stove seem like a reasonable idea, or on the other hand the “backcountry gourmets” whose backpacks are two-thirds spice rack and who stagger into camp, having carried more than is reasonable, only to spend four weary hours trying to perfectly sear salmon on a JetBoil. I can understand people who don’t take dehydrated backpacking meals along because they’re too expensive (and they are), but that consideration aside they are the ideal combination of convenience and tastiness.

As always I am the only one who will tell you the truth. Here are the ten best dehydrated backpacking meals, out of the ones I’ve eaten.

END_OF_DOCUMENT_TOKEN_TO_BE_REPLACED 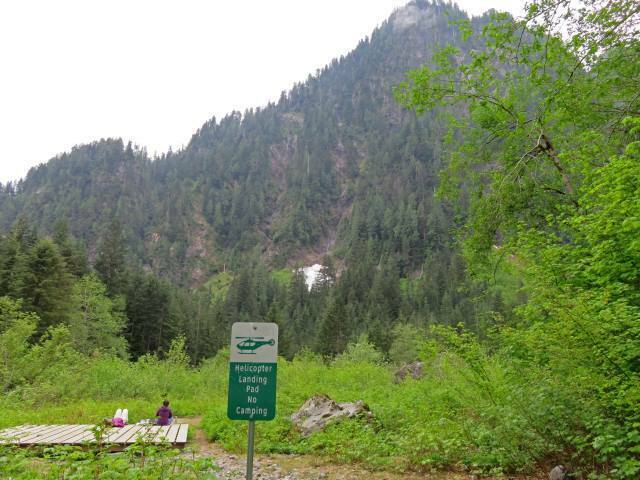 END_OF_DOCUMENT_TOKEN_TO_BE_REPLACED

Unless otherwise noted, all content copyright 2016—2020 Benjamin Massey. All rights reserved. Any icons or trademarks used are the sole property of their respective companies. Powered by Wordpress.