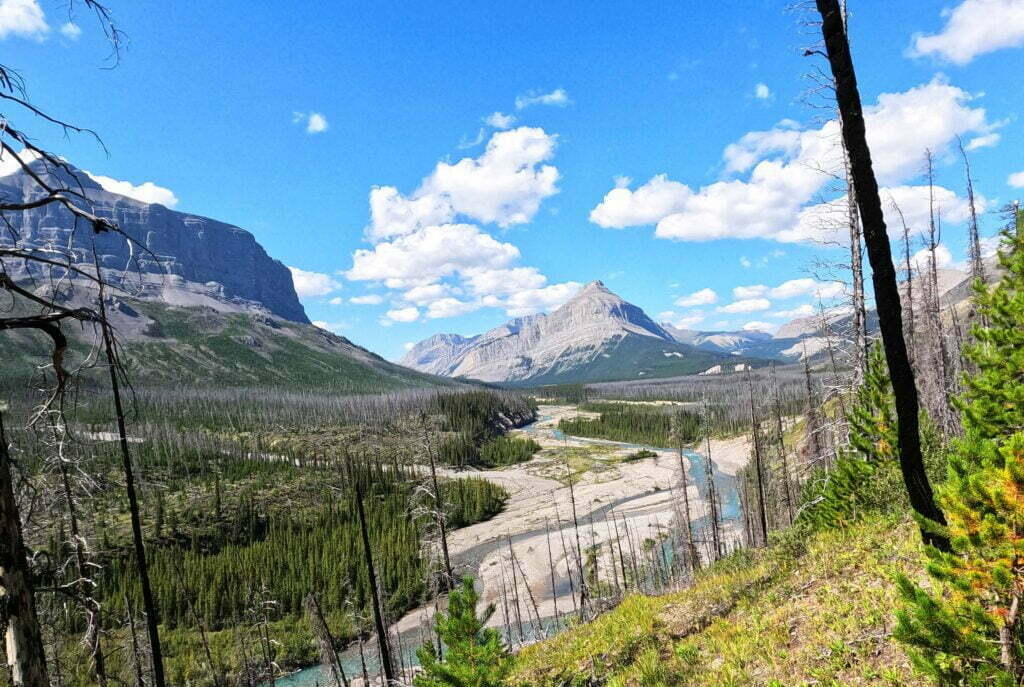 The South Boundary Trail. To some those words are instantly evocative. They mean history, grandeur, self-reliance, and solitude.

Jasper National Park has beautiful backcountry, from Skyline to the Brazeau to the Tonquin Valley; the South Boundary’s isn’t the same. The scenic highlight is Nigel Pass, which is also a day hike and easily backpacked on the Brazeau. Otherwise, there are wonderful moments but not constant stimulation. No 3,000-foot climbs, no camps above treeline.

The South Boundary just feels different. The ninth Earl of Southesk put it on the map in 1859 when, recovering from injury, illness, and the loss of his wife, the 32-year-old peer explored the Front Ranges, defined a great Rocky Mountain backcountry trek, met legends of the Canadian West, read Shakespeare and Bulwer-Lytton, and wrote his account with a personality that any fan of obscure backcountry content will recognize. The hunters with him had hardly the vaguest idea where to go: they were experts, not guides, and the earl pioneered this route.

As Jasper matured the South Boundary became popular until, around 1994, the parks began their long retreat from the backcountry. Wildfires in 2003 and 2006, and a flood in 2013, decimated the trail, and little was repaired. Reports discussed how difficult the path could be to find, let alone hike.

Then, in 2019 Stuart and Evelyn Howe recorded a two-and-a-half hour video of their hike. They found Rocky Pass, navigated the washouts, made it to the old paths above the Southesk burn, then got down to the bridge. They showed what victory looked like, posted their GPS tracks, and more would-be hikers were inspired to follow them. In the years since the trail’s been better-marked by cairns, markers, and flagging, and the park has made a couple maintenance trips. One hesitates to call a 75-mile trail with chancy fords, multi-mile route-finding, primitive campsites, unbrushed trails with six-foot willows, and one thoroughly remote trailhead “easy.” But it mostly is.

This was the second part of a 14-day, no-resupply hike that I started at Fiddle River. There’s a synopsis of my earlier adventure ahead but start there if you want the full story.

END_OF_DOCUMENT_TOKEN_TO_BE_REPLACED

Coping with the Fiddle River Trail

Hiking Jasper’s Fiddle River trail in mid-August had a simple object: to reach the South Boundary Trail without a three-hour taxi ride.

Living a long way from the Rocky Mountains, I get at most one hike out there a year and the Fiddle River would never make the cut. However, it suited my South Boundary goals perfectly: take a taxi to Miette Hot Springs, hike for three days, cross Fiddle Pass and emerge on the Grave Flats Road less than eleven miles from the Rocky Pass trailhead. It made for 14 days on the trail and about 111 miles (179km) of hiking, with a garbage bin en route but no resupply.

Thus the Fiddle River was not really a “trail” to me: it was an approach. Every niggling inconvenience—and there were a few—wasn’t part of my adventure, but part of my commute. I didn’t realize what a difference that would make mentally until I was at Medicine Tent campground four days later and magically felt better. Carrying a pack with two weeks of food and fuel didn’t improve my mood.

For all the frustration the trail did create some fond memories. Fiddle Pass is lovely, the rivers and creeks are distinct pleasures, and if you want backcountry nights that are private and rugged but not too “out there” I suggest Utopia and Slide Creek campgrounds. It’s just thru-hiking it with a big pack was the wrong way to go, when you could experience the parts you’d like on a less frustrating out-and-back. When you tie the whole trail together, trying to get from one end to the other, Fiddle River is a hassle.

This trip was a single 14-day hike to me, but as it covered two trails at Jasper National Park, joined by a half-road-walk half-hitchhike, I’m dividing it into two posts for readability. The South Boundary Trail post, which will be much longer, is on the way.

END_OF_DOCUMENT_TOKEN_TO_BE_REPLACED 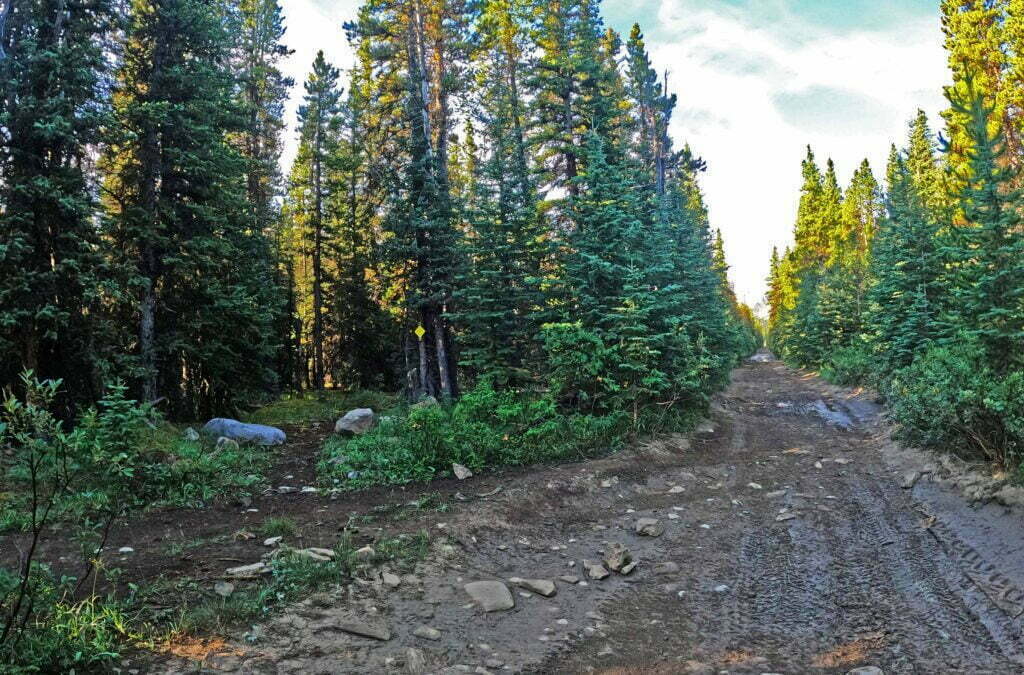 This time of year, people talk about their backpacking plans. The luckiest souls plan to be out most of July and August, and I cope and seethe for like most of us, I get at best one good backpack a year. So naturally I plan it out to avoid being hosed by the booking gods, running down my list of must-do hikes every January and finishing on one can-do for August that’s as fun as I can make it. Moreover, this year I felt a hankering to get as close to the all-summer hiking crowd as I could, to make my one trip a real marathon.

So it’s the South Boundary for me in 2022, because I want to do the North Boundary and can’t.

END_OF_DOCUMENT_TOKEN_TO_BE_REPLACED

Fire and Rain at Kootenay’s Rockwall

Now you log in opening day and are randomly assigned a place in line. The website hardly crashes at all but, no matter how on-the-ball you are, you cannot advance more quickly than the luck of the draw. When I visited on Banff, Kootenay, and Yoho backcountry day there were 14,715 people ahead of me taking the good campsites. 14,715. I wrote it down.

I had planned two hard and fast weeks through three parks, from Field, British Columbia to Canmore, Alberta, a hike to be proud of, one you have to train for. But 14,715 people made that impossible. So I had to gear down and hike Kootenay National Park‘s Rockwall, one of the crown jewels of the Canadian Rockies, the one they put on the cover of the Canadian Rockies Trail Guide for seven out of ten editions, a beautiful and popular destination I was truly lucky to get into. I even found myself obliged to stop at every campground along the way, a relaxed itinerary that would allow me to spend the summer sitting and getting tubby rather than grinding the Grind.

It was amazing: five of the best nights of my life. You should go.